Pritzker and Democratic Leaders Holding off on Special Session – For Now

In June, the Governor called for a special session following the U.S. Supreme Court’s overturning of Roe vs. Wade. Speculation had centered on the week of July 4 – 8, but the Governor and chamber leaders issued their statement on July 5, putting off any such special session for now. They said in their release that, “We plan to work closely together for the remainder of the summer to assess every possibility of what we can do and convene a special session in the coming months.”

This is despite the fact that Illinois already has strong protections in place for abortion, allowing people to obtain an abortion for any reason, at any time during a pregnancy, and the procedures can be paid for with taxpayer funds. Pritzker also recently signed legislation into law that removed the requirement for parents to be notified before their minor child receives an abortion. 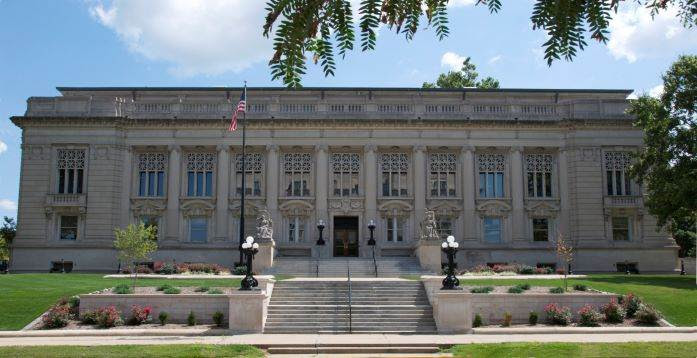 The Illinois Supreme Court has a new justice. Lisa Holder White was sworn in at a ceremony at the Abraham Lincoln Presidential Library to replace retiring Justice Rita Garman. Holder White is the first African American woman to serve on the state’s highest court in its 203-year history.

Justice Holder White received her undergraduate degree from Lewis University and her law degree from the University of Illinois at Urbana-Champaign. She has previously served as a judge on the Illinois Appellate Court, a Circuit judge, an assistant state’s attorney, and as a public defender.

Dry Conditions Take Hold for Much of Illinois

If you feel like your lawn is starting to grow a little slower, or your garden is struggling to produce veggies, you’re not alone. According to the most recent report from the United States Drought Monitor, much of the state is currently facing unusually dry conditions. Large swaths of Northern, Eastern, Central, and Southern Illinois are currently classified as “Abnormally Dry,” while a large portion of East-Central Illinois, along with parts of Southern and Northwestern Illinois, are considered to be in a “Moderate Drought,” and a small part of Eastern Illinois is rated as “Severe Drought.”

According to the report, the impact of abnormally dry conditions typically is seen as lawns turning brown as soil moisture declines. A moderate drought brings with it stress for crops, garden plants, and even trees.

According to the United States Department of Agriculture, 44 percent of the state’s topsoil is considered short or very short for moisture.

The state of Illinois is relaunching a program designed to help protect the environment by paying to take qualifying farm ground out of agricultural production. The Illinois Department of Agriculture and Department of Natural Resources are putting $50 million towards the Conservation Reserve Enhancement Program (CREP) which had previously been discontinued in 2015 due to a lack of funding.

The goals of the CREP program are to reduce sediment and nutrient runoff, improve water quality, and to create and improve fish and wildlife habitats. The program works by making rental payments to landowners to take land out of production.

The CREP Program opened on June 15 and is open to the 68 counties that make up the Illinois and Kaskaskia River watersheds (which include tributaries and other rivers that are part of those watershed systems). You can find out more here: https://www2.illinois.gov/dnr/conservation/CREP/Pages/default.aspx

Under current state law, landowners can restrict access to rivers and streams that cross their property, unless that body of water is considered navigable (of sufficient depth for use in commerce).

That concept was tested in a recent decision from the Illinois Supreme Court involving two landowners. One landowner has two parcels along the Mazon River. One of the parcels is landlocked, so the owner would access it by paddling a kayak on the river from the other parcel. However, the owner had to traverse a part of the river that flowed through a parcel owned by a second individual. The second owner was trying to block the first owner from being able to travel that section of the river.

The Illinois Supreme Court ruled in favor of the second landowner, saying that he does have the right under state law to restrict access to the part of the river that crosses his property.

However, multiple justices on the state’s high court have urged the Illinois General Assembly to take up the matter and change state law to allow recreational use of waterways that cross private property.

State Senator Terri Bryant is hosting a series of casual events throughout the 58th Senate District to allow constituent to directly speak to her about issues important to them.

This week, Sen. Bryant will be hosting a Conversations Untapped event in Red Bud and a Coffee and Conversation event in Sparta.